Skip the menu of subheadings on this page.
General

Emeritus Professor of Toxicology in the Faculty of Medicine at Imperial College London.

View as PDF(Opens in a new window)

Skip the menu of subheadings on this page. 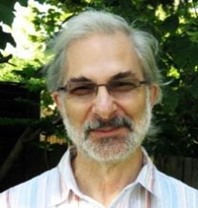 Image of Prof Alan Boobis, standing outside in front of a green background. Prof Boobis is wearing dark framed glasses and a light-coloured striped shirt.

His main research interests lie in mechanistic toxicology, drug metabolism, toxicity pathway analysis and in the application of knowledge in these areas to risk assessment.  He has published around 230 original research papers (H-factor 63) and for several years served as an Editor-in-Chief of Food and Chemical Toxicology.

He is chair of the Board of Trustees of the International Life Sciences Institute (ILSI) a member and a past chair of the Board of Trustees of ILSI HESI and vice-president of the Board of Directors of ILSI Europe.  He is involved in several HESI, ILSI Research Foundation and ILSI Europe projects. He is a fellow of the Society of Biology and of the British Toxicology Society.  He has served as president and is an honorary member of Eurotox and received the Merit Award in 2009.  He is a past chair of the British Toxicology Society and received the John Barnes Prize Lectureship in 2013. He was recipient of the Royal Society of Chemistry Toxicology Award in 2013. He received an OBE in 2003 for his work on the risk assessment of pesticides.

Professor Boobis was re-appointed chair of the Committee on Toxicity with effect from 31st March, 2021 for 3 years.

Is this page useful?